On our invitation Andrew is posting his thoughts about the social experiment here on our blog. For more in-depth information on this project please read “Virtual Assistance: An Interview with Andrew Norman Wilson” in Media Fields Journal.

Andrew talks about his project:

I want to start this post by stating my belief that the critical dimensions of my project, which include this post, are articulated with the utmost respect for all the actors involved – Akhil, the other virtual assistants at GetFriday, and the Get Friday management. I want to be sure that this project is not understood as a way to blame or point fingers at individuals or the company as a whole. Setting the personal dimensions aside, this project is about an economy of informational labor that has inherited certain power relations from prior (though still simultaneous) forms of capitalism. In doing what I do I am not attempting to destroy or overthrow, but rather to question the relationships we take for granted or accept as inevitable every day by attempting to actually live the changes I would like to see. The people at GetFriday have been extremely open and helpful in allowing this to happen to a certain extent, and I doubt I would have found such openness at another virtual assistance service.

As my artist statement for the project reads:

The Virtual Assistance project began with research geared towards unpacking the relational system of GetFriday, a virtual personal assistant service based in Bangalore, India. Get Friday typically provides remote executive support, where a largely American client base is assigned a “virtual” personal assistant. I am a part of that client base, paying monthly fees for a primary assistant who works out of the Get Friday office in India. My “assistant” is a 25-year-old male Bangalore resident named Akhil. In paying for our relationship I am not trying to lighten my workload, but rather to attempt collaborative projects and even reversals of the normative outsourcing flow under a corporate contract arranged for one-way command. Using the service has been a method of engaging with, understanding, and reacting to an economy in order to learn, with the help of Akhil, how to peel back the corporate veneer, revealing limitations, histories, biographies, networks, power, desire, and more.

Personal outsourcing initially came to my attention through the writings of proponents Thomas Friedman and Timothy Ferris as a method to shorten the typical American work week – to slough off excess labor onto globally integrated residents of developing countries. Global outsourcing tends to produce telematic relationships – telematic in the sense of a remote control over another’s labor. These conditions led to a number of questions about power relations that have been guiding me through the project. If power is defined as the ability to manipulate resources across space and time, to what extent can power in my relationship with Akhil and GetFriday be re-distributed amongst a service where the normative use is one-way command? How can this be reversed towards mutual assistance and collaboration? How can this relationship exceed the commodified forms intimacy and creativity privileged by service-based economies?

The Get Friday service initially struck me as an opportunity for direct engagement with one of the dominant symbols of globalism—outsourced labor in India. GetFriday’s goal of “enhancing value to its clients” is consistent with the dominant use of outsourcing and its accompanying definition of value – profitability. Most people sign up for this service not to learn about their Indian assistants or to engage in a dynamic version of a pen pal relationship, but rather to outsource low-end tasks for a low price. However, profitability is not the fundamental horizon in which my project is formed. Profitability is a term of economic efficiency, and this is not an economically efficient relationship. In terms of social profitability, a much more efficient relationship would be to find the most “relevant” Indian gallery or artist willing to work with me, and try to make work about outsourcing. This project, while partially about outsourcing, more importantly uses outsourcing. The relationship-project is inherently problematic in a number of ways for me, and so the stakes are higher and the baggage is heavier.

A crucial reorientation of my goals for the project came with my understandings of my contract with GetFriday. The power dynamics of the relationship are largely determined by the limitations put into play by the corporate contract and the accompanying forms of social engagement that are deemed acceptable by GetFriday management. I can’t have contact with Akhil outside of the official GetFriday communication channels, and all communication can be monitored by Akhil’s superiors. Akhil cannot organize or join a labor union. Akhil’s superiors insist that he represent himself as my “virtual assistant” in the project. In a way, these restrictions are the juice of the project. Not because I’m seeking to call Get Friday out for bad labor practices (it actually seems like a great place to work for many), but because I’m calling to question the dynamics of this whole economy, which Get Friday and I are just a small part of.

Consistent with the sociological categorization of immaterial labor, Akhil performs labor in which he has to speak, communicate, and cooperate within an organization that has been normalized for economic efficiency. Though the work Akhil has done for this project (which is far less than the work I have done for it) benefits me in certain ways (I have been invited to present the work internationally), the project has become an attempt to allow for that forced speech, communication, and cooperation to become a will to speak, communicate, and cooperate. By asking Akhil to relax and write down his thoughts in front of his favorite view of Bangalore, or asking him to assign me a task, or asking him what he wants to be working on at work, we have achieved this to varying degrees. Akhil told me he wanted the opportunity to work on design and engineering projects in the office, so I asked him to design the toy boats he used to build as a boy but had to hide from his father because they were ruled as a distraction from his studies. He snail mailed me these designs and I have built boats accordingly. I then snail mailed him a boat that he took outside of the corporate space and corporate labor time, and into a personal space on personal/family time—the beach near his childhood home in Kerala, India, where he used to float the boats as a boy. Beyond the interpersonal exchange, this task functions as a conceptual reversal of typical global manufacturing relationships—instead of a product being designed in the US, manufactured in Asia, and consumed in the US, the production flow has been reversed. And the toy boat is not a product—it is a sort of gift that Akhil keeps with him in Bangalore – http://www.andrewnormanwilson.com/portfolios/41521-pulse-rates-task 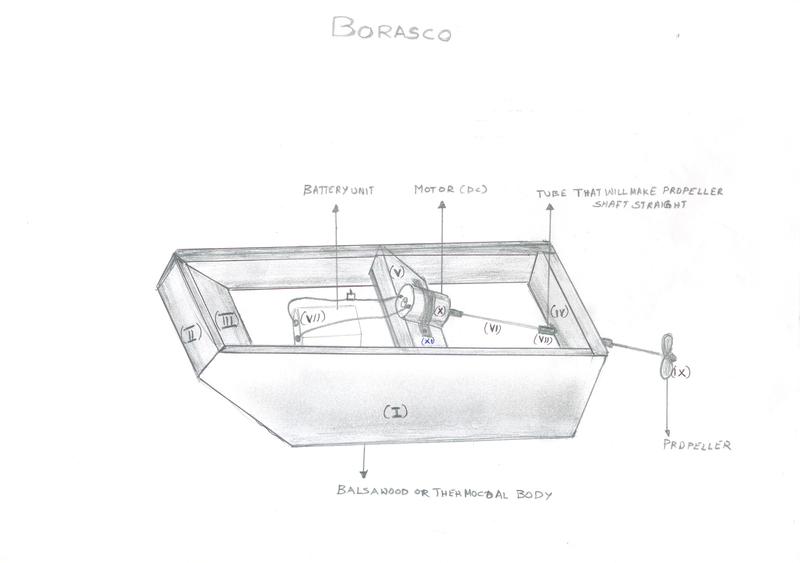 The great thing about GetFriday is that most of our tasks are developed through chatting and getting to know Akhil as an individual. Without having to worry about paying for my time to chat with him, we have become quite intimate with one another as far as corporatized internet relationships go. I think I have developed a sense of Akhil’s reactions through Google chat, and there are ways in which I have come to know if he’s feeling uncomfortable with a proposition of mine. Alternately, it is fair game for him to express understanding, joy, and intimacy about the work we do. I’m also the client who gets to hear Akhil’s gossip, stories, worries, trivia, and more. A lot of the time when we chat it’s not about the project, and but rather chatting as friends do.

Yet the project is not merely a fight to secure more leisure time or to move the relationship outside of the office, but also to integrate collective rhythms into the workplace setting. Global or standardized corporate time comes at the expense of other times—the corporeal time of biorhythms, reflective times, the labor time underpinning and invisibly incorporated into the IT economy. Akhil, in a way, lives in two worlds. One happens during his daytime (most of which is slept through), marked by local languages, friendships, and relations. The other, at night, is marked by the English language and interactions with people in the United States and Europe. This temporal asymmetry puts Akhil and many others in the Indian IT world out of phase with their own local conditions. Spatio-temporal integration is at once spatio-temporal alienation, which can have serious consequences for local social ecologies. If a multiplication of identities and lived worlds is indeed a central element in networked capitalism, it can represent a liberating factor only if the local link is maintained. This is why the first two tasks Akhil completed for me were two-page-long reports—one on his immediate office environment, the other on the one-mile radius surrounding the office.

“Pulse Rates Task” – http://www.andrewnormanwilson.com/portfolios/41521-pulse-rates-task – further addresses these issues by introducing a non-standardized body rhythm into this spatial and temporal integration that has been standardized for a global movement of information, technology, capital, and people. We took our pulse rates simultaneously at fives times preceding or the following movement to a new space for new activity throughout his workday.

While I’m interested in the image of outsourcing, or the “global” in general, I’m equally curious about what produces it: the procedural, political, social, and economic characteristics of a particular situation, and the process of translating them into operational devices that enable us to rethink our social ecologies. My hope is that the project rematerializes and relocalizes the global. That it takes our conceptions of the global, and accompanies it back to the rooms in which it is produced, but also the rooms, spaces, and temporal conditions that this production tends to ignore. For this project, “internet art” is not a phenomenological engagement with the idealized, abstract concept of “cyberspace;” but rather an application of the Internet to the messy complexities of the real world with hopes for provocative and socially productive results.

I think that art, with its dense histories of self-reflexive inquiry and experimental engagement, is in a unique position to strategically expand and diffract/rematerialize the already present communicative and creative commonalities made possible by network capitalism. If we are to organize wholesome cooperations of accountability in our networked world, we need to work at recognizing and thrusting upwards into curvature that which becomes flattened by the privatization of what is common and the smoothing flows of concentrated capital and information.

I believe that Akhil and everyone else who works for GetFriday are just as intelligent and capable as I am. In a way my project tries to get this across – that we are all equal – by actual treating people like they are equal. This is counter to something that we do every day – the convenient slide into “business as usual.”